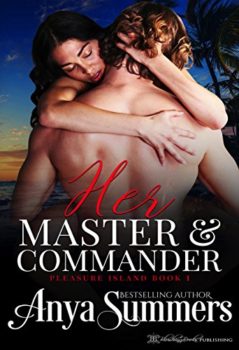 Her Master and Commander

Jared sets out to convince the hesitant, sweet sub to submit to him for more than one night. But when Naomi’s ex-husband descends on the island and kidnaps her in the middle of a devastating hurricane, Jared will be forced to use every weapon in his arsenal to save her.