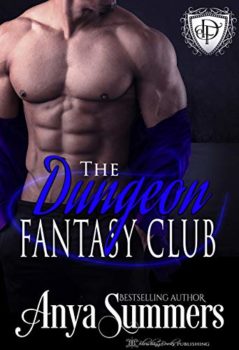 Deep in the Scottish countryside is a club like no other. Where the Doms are tall, gorgeous, loyal and protective. Where the women are strong but like to be tamed. Where all your deepest fantasies can come true.

This is the complete set of all eight full-length, scintillating, spicy romance novels by bestselling author Anya Summers. It includes…

Zoey gets herself lost in Scotland and finds herself without a place to stay. The sexy Scot, Declan, makes her a tantalizing but scandalous offer: Stay in his home for the week, free of charge, and spend each night warming his bed. When Zoey’s past catches up with her, will Declan be willing to risk his heart to become Her Highland Master?

Dominance. Submission. Honor. After a scorching one-night stand with her knight in shining armor, Ophelia will have to face old hurts, and decide whether or not she can trust Tobias with the most precious of gifts.

Zeke and Chase make Kara an enticing offer: to submit to them on their trip. But they’re her business partners, so Kara shouldn’t get involved. Should she?

In the race of his life, Jesse moves out of the driver’s seat and willingly becomes Lucy’s passenger. Jesse will have to convince Lucy to enter the fast lane with him — and prove that he’s willing to submit to all of his Domme’s utmost desires. Can he make the ultimate sacrifice and give up control — for love?

After a scorching night with Elise, the dominant alpha male in Tyler recognizes she might just be the woman for him. Can Tyler, the country Dom, convince the certified city girl to trade bright lights for starry nights? Or will her secret destroy their happiness before it’s even begun?

Love Me, Master Me
(originally published September 2016 in trade paperback and eBook)

What begins as a bit of fun and play in the dungeon soon turns into a relationship, where Delilah finds herself healing under Bastian’s passionate touch. When the demands of her career and a threat from her past intervene, Bastian must use every note in his arsenal to convince Delilah that theirs is a duet worth singing. But can she be convinced to trust him with her heart?

Hunter couldn’t be more shocked when he runs into Veronica, the first love of his life, and the woman who broke his heart. Veronica’s only thought, however, is the secret she’s kept hidden for ten years. When the truth is revealed, she moves heaven and earth to shield the most precious person in her life from the fallout — even if it means leaving the one Dom she knows she could give her whole heart to.

When Kat attends her oldest friend’s wedding in Scotland on New Year’s Eve and meets Will, she feels as though she has finally met a man worthy of submitting herself to body and soul. Can she convince Will to be the Dom of her dreams, or will he treat her like precious glass and walk away?